Linh Thai: An investor's journey into a founder's life 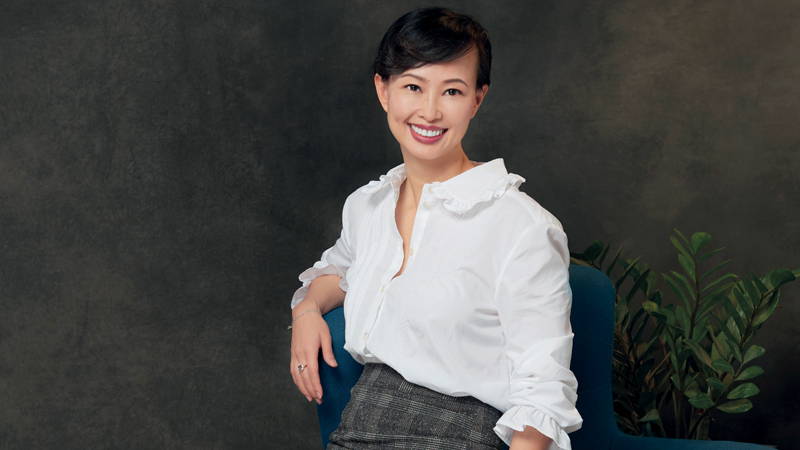 Having experienced the pain of hunting for the perfect wedding dress, investor-turned-founder Linh Thai is fixing the way brides shop for a dream dress.

I first met Thai Van Linh, better known as Linh Thai, at DEMO Asia 2012 back when she was a director at DFJ VinaCapital, one of the largest venture capital firms in Vietnam, which was looking at innovative technologies to invest in. Participating in a panel talking about investing in Asia, Linh shared her three reasons why Vietnam is a good place for companies to outsource their development. Linh also spoke about raising investments at e27’s Vietnam Satellite in 2012 while judging the 14 startups that pitched.

That same year, Linh got married and had to go through the search that every bride does to find that perfect dress. Learning from her experience, she decided to become a founder of The One Couture, a startup that allows brides-to-be to mix and match elements that they like into a customised dream dress.

With over six years as an investor, Linh brings with her valuable experience into her startup venture. I caught up with her over email to find out more about the investment and startup scene in Vietnam and what she is planning to do with her new startup.

From your experience at DFJ VinaCapital, what is the biggest challenge that investors face when looking for investment opportunities in Vietnam’s tech startup scene? What are some case studies of startups achieving good traction in the country and how did they manage to do so?

Investing (and starting businesses) in Vietnam definitely has its challenges. I would not say that there is one overriding issue that makes Vietnam’s investing environment especially difficult. Based on my conversations with investors in other emerging/growth markets (e.g. China, India, Brazil, Indonesia), the issues we face are quite similar.

The key with investing in growth markets is understanding the degree to which each factor plays a role in that market. For example, startups in China have no issue with market size but face more regulatory hurdles, and companies in India have an easier time finding tech talent but still have difficulty hiring strong middle management personnel.

In Vietnam, I would say that the overall ecosystem is a work in progress. With that said, I want to point out a couple encouraging examples of how the Vietnam start up environment has evolved over the past five years.

1. Founders and management teams: In 2008, the majority of the pitches we heard were from one founder that thought he could play all the roles within the team. I say “he” because they were all male entrepreneurs. Fast forward to the past couple years and the meetings are with teams of at least two founders who have complementary skill sets, or from a founder that understands the need to fill out the management team. And the mix is much more co-ed.

2. Early stage support: While still nascent, the support network now includes venture funds, angel investors, mentors who are experienced entrepreneurs, co-working spaces, start-up competitions and even tech news sites like e27 that focus on Vietnam. Just a few years ago, many of these things did not exist. Entrepreneurs in Vietnam are getting more exposure and hands-on experience with the fundamentals of building a business.

In terms of start ups that have achieved strong traction, I have a few examples of companies at various stages with founders with different backgrounds.

- At the early stage is Greengar, a mobile collaboration app development company with a target market that is outside of Vietnam. Their first app, Smartboard, had over a million downloads last year. The founders are local Vietnamese and have recently moved to San Francisco to join the latest class of 500 Startups.

- In the growth phase is Zalora, an online fashion retailer with a presence in Vietnam and several other countries in Southeast Asia. The co-founders are expats who moved to Vietnam and are successfully growing the ecommerce space in Vietnam.

- Finally, at the later stage is CareerBuilder’s recent acquisition of Vietnam Online Network, which owns KiemViec.com and HR Vietnam, leading career and recruitment companies in Vietnam. VON was founded by a returning Vietnamese who left Vietnam at a young age, grew up in the US and returned to Vietnam several years ago.

These examples demonstrate to me that the startup environment in Vietnam is dynamic and diverse. I am optimistic that, given time, Vietnam can be a contender in the global entrepreneurial movement. We have a young, educated population that not only embraces change, but is also stimulated by the potential of the unknown — all this within a culture that has proven to be tenacious and industrious.

The One Couture is dedicated to giving every bride the joy and ease of creating her dream dress, at a price that won’t break her budget.

I came up with the concept while I was dress shopping for my wedding. This was going to be the most important dress I would ever wear and I wanted to love every part of it. After hours of trying on dresses, I knew the elements that I wanted in my dress, but I just could not find “the one” that had everything I wanted. I ended up working with a designer who put all those pieces into one dress for me – if only finding the perfect groom was that easy!

That was when I decided that the current way of shopping for wedding dresses is broken. Brides waste countless hours searching for that perfect dress – I mean, yes, the first few visits to a bridal salon is a fun girls’ day out – but the search becomes tedious and time-consuming after that.

The goal for The One Couture is to offer an online platform that enables brides to custom design her own wedding gown. Brides will mix and match elements from different styles to create her perfect dress. Once brides have created her own design, we make the dress to fit her measurements, using premium fabrics and hand-stitched embellishments. The completed gowns are received within 8 weeks – a fraction of the 6 months that standard in-store orders require.

We are still in the early stages – I only started focusing on the business in April. Our main emphasis right now is to make sure we understand all the needs of brides with different personalities and style preferences. If there are any brides out there that would like to be part of our first group of brides, we are currently offering preferential pricing for being a “beta bride.” Just send me an email at linh@theonecouture.com.